Dog Training: How can you be the Alpha dog?

Much has been written about pack behavior in dogs and wolves, some — but not all — of which is true. And, unfortunately, much of the information that has made its way into popular dog culture has been further misinterpreted. This has led to some common bad advice for any owner of a dog suspected of acting as an alpha, or dominant. Such bad advice suggested that the owner should dominate the dog, often with alpha rolls (in which the owner throws the dog to the ground, rolls him on his back and holds him there until he stops resisting) or neck shakes (which can be harmful, especially to small or long-necked dogs), supposedly in imitation of a wolf pack leader.

In fact, wolf pack leaders seldom resort to threats or violence. They do not roll over subordinates; instead, the subordinates roll over on their own as a voluntary act of submission. Nor do they grab each other by the neck and shake. Mother wolves may hold a pup by the muzzle as a reprimand, but shaking is not involved.

Alpha Status in the Wild

Wolf leaders tend to be benevolent leaders. They do not abuse their power by threatening, bothering or bullying subordinates. They control the pack by initiating and leading activities and by becoming the center of attention. Rather than using force, wolf leaders tend to rely on being somewhat aloof, which tends to bring out displays of affection from subordinates. Affection not only increases the likelihood of group cohesion, but also decreases the likelihood of aggression. In a cooperative pack, maintaining social order through bonding is a better choice than doing so through coercion. This is not to say that fights never erupt. When two wolves are near equals in status, the more dominant of the two is more likely to issue threats toward the other, and the more submissive is more likely to issue challenges. In either case, a fight may break out.

This suggests that if you want to establish yourself as leader, you’re better off to do so not with constant exhibitions of domination, but by being a clear and effective leader. Avoid situations that elicit aggressive behavior. If your dog protests when you try to get him off the sofa, make it so he can’t get up there in the first place. If he doesn’t tolerate being reached for, don’t reach for him. Do not try to bring on a confrontation. Don’t resort to alpha rolls; not only are they ineffective, but they are also responsible for many cases in which dogs have bitten their owners either out of fear or refusal to submit. And certainly don’t resort to dragging your dog on his leash, choking him with a choke collar or beating him or using violence. This simply sets the two of you up in an adversarial position — somewhat like the wolves that are close to each other in the dominance hierarchy. If your dog is already submissive, this type of interaction can make him so fearful that he may bite out of self-defense — which many owners then interpret as aggression and dominance and try to fix by punishing the dog even more.

Establish Yourself as the Alpha

In extreme cases, you may have to make your dog really, really want you to lead him. That means you can’t fawn on him, even though you love him. Fawning is what subordinates do to their leader. You want your dog to fawn on you, and one way that might help bring him around is to ignore him for several days. (Needless to say, you must continue to provide care, food, water and walks during this period.) He may demand your attention, pushing his head under your hand for petting, poking you with his nose or placing his foot in your lap, but that’s not good enough. Leader dogs grant their attention only when they feel like it, not at the beck and call of subordinates.

Of course, it hurts too much to ignore him completely or forever, so have him earn your attention by sitting nicely when you ask him to. In fact, make him earn everything. Meals, treats, games, even walking through doorways should be dependent on your dog sitting on cue for just a second beforehand. Reward him for calm, happy behavior, especially when he is doing something you ask of him. Nothing in life is free, but it doesn’t have to cost a fortune. Remember, this is only for dogs who think they can be the leader; more often, your dog will gladly let you be the leader if you show just a little leadership quality yourself.

With most dogs, you can establish your leadership position by not allowing the dog to take liberties with you, such as pulling you around or jumping on you. Be a leader by leading the dog in cooperative activities such as walks and training games. Earn respect by being clear about what’s expected, guiding your dog through various experiences, rewarding him for cooperation and letting him know when his behavior is unacceptable 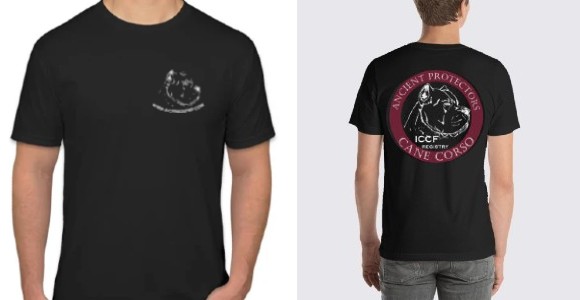 The official ICCF T-Shirts will show your pride! Purchase one today! 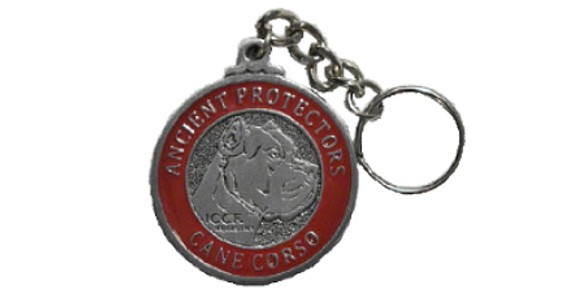 We were so impressed with this key chain, pictures don't do it justice. Beautiful, heavy weight, custom made key chain. Large enough to have engraved with your dog's information.